“Variations on the art of the fugue and a desperate ricercar” (John P.A. Ioannidis) 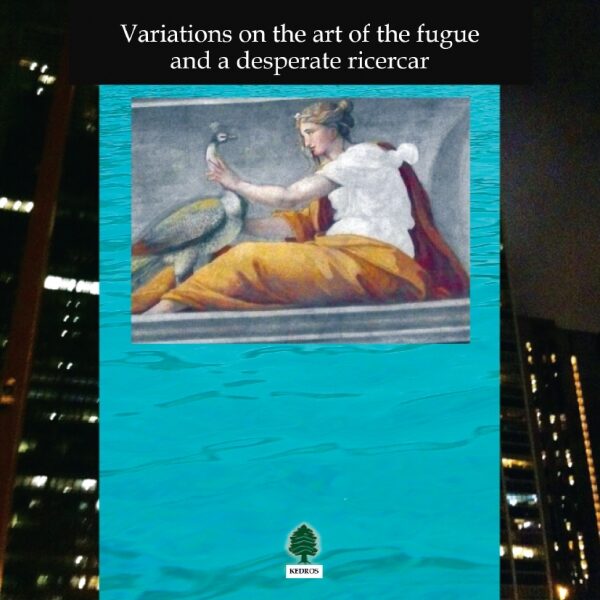 “Variations on the art of the fugue and a desperate ricercar” (John P.A. Ioannidis)

The Variations on the art of the fugue and a desperate ricercar utilize diverse materials intermingling poetry, poetic prose, short stories, travelogue, stream of consciousness, scientific data, biography, essay, and an extensive referencing network from myth, history, music, visual arts, and past literature, all connected by a psychological plot. Its two main leitmotifs are suggested by its title inspired by the last two major works of J.S. Bach. The Fugue leitmotif includes the concepts of traveling, leaving, being a fugitive, being in exile (often self-exile). In a crumbling dystopian world, homes and cities and civilizations are disrupted and abandoned, as people reach their limits. The Ricercar, conversely, is the theme of returning, coming back home, finding peace. Ricercar has the same root as ricerca, research and indeed the heroes of the book are “researchers” at multiple levels reaching for the safety of discovery and its secure validation. Physical geographies in the Variations include destinations such as Greek islands and remote solitary places in the Aegean or Ionian Sea or in the rugged Pindos mountains (both beautiful but also infiltrated by crisis and desolation), cradles of the European civilization such as Florence, Venice, Escorial, Lago di Como and Freiburg, and American landmarks from New York City to California.

One reviewer described the book as “a modern multi-level Odyssey masterpiece”. The Greek language version was published in 2014 and it was a finalist for the annual Anagnostis best book awards in Greece. The English version is accompanied for the first time by an added, extensive section of Annotations, a hyperlinked book within a book.

Award: The Greek language version was a finalist for the annual Anagnostis best book awards in Greece

This e-book is in PDF format. After the purchase, the PDF file will be sent to you by e-mail along with the password needed to open it.

John P.A. Ioannidis is a professor at Stanford University with appointments in Medicine, Epidemiology and Population Health, Biomedical Data Science, and Statistics and he is also teaching at Stanford a course of Comparative Literature focused on Modern Greek Poetry. He is a member of the US National Academy of Medicine, the European Academy of Sciences and Arts, and 6 other election-based academies and corresponding member of the Hellenic Authors’ Society. He was born in New York in 1965 and he has lived in many different places. He loves to be reminded that he knows next to nothing.